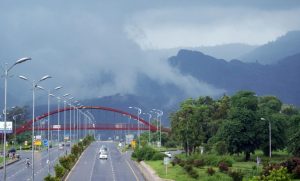 Islamabad, the capital of Pakistan lies on the Potohar Plateau, one of the earliest sites of human settlements in Asia. Together with its twin city, Rawalpindi, it has a population of 4.5 million. The word Islamabad means ‘the city of Islam.’ It has a humid subtropical climate with five seasons. It is famous for its overall greenery, peace, and cleanliness. The places worth seeing in this city include Lok Virsa Museum, Rawal Lake, Faisal Mosque, Pir Sohawa, Islamabad Zoo, Pakistan Museum of National History, the Centaurus Mall, etc. Islamabad is no doubt one of the most beautiful and planned cities and that is why it has been ranked as the second most beautiful capital,” Just behind the Prime Minister secretariat on Constitution avenue is the National Library of Pakistan, open to the public during working hours. 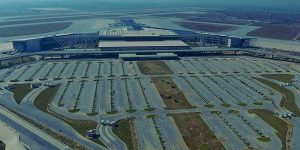 International Airport Only 45 minutes, and 35 km away from Islamabad International Airport. Nestled in the capital of Pakistan and situated in the Pothohar Plateau in the north of the country, the area serves as the crossroads of Punjab and Khyber Pakhtunkhwa, with the Margalla Pass serving as the gateway that links them. Ranked as a Gamma world city in 2008, Islamabad and much of Pakistan still remain undiscovered by international travelers. You’ll find the Pakistani people to be warm and welcoming, greeting you with genuine friendliness

About National Library of Pakistan 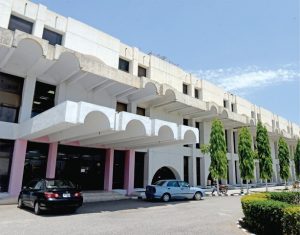 In the beginning, a skeleton National Library was established in1951under the defunct of Archives and Libraries. In the year 1954, Liaquat Memorial Library was amalgamated with the National Library and named as Liaquat National Library. However, after shifting in the new capital, and the Liaquat National Library was again renamed as Liaquat Memorial Library. The scheme for the establishment of the National Library of Pakistan at Islamabad was initially approved by ECNEC in 1963. However, the construction of the Library building could not be taken in hand due to a delay in the approval of the building designs and because of the low priority assigned to the project. Library designs were approved in April 1980 and construction work started in 1982. Finally, ENCEC revised and approved the project of the establishment of the National Library of Pakistan in September, 1985at the capital cost of Rs.130.322 million. Most of the civil works were finished by June 1988 as scheduled and library collections and staff moved into the new building during the same year. The caretaker Prime Minister of Pakistan Mion-ud-Din Ahmad Qureshi inaugurated the library on August 24, 1993, and its door was opened to the public. 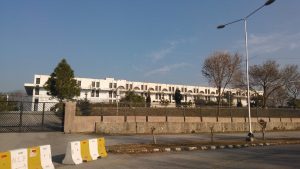 The building of the National Library of Pakistan is located at shah rah-e-jamhoriat adjacent to the Prime Minister’s Secretariat. The building consists of four floors with a total covered area of 168,844sq.ft.with a central air-conditioning and heating facility. The basement floor madly provides for Serial Division, Delivery of Books and Newspapers Branch, Telephone Exchange, Air-conditioning &Electric plants. The ground floor provides for the main entrance to the library, Reception, Digital Information Division, the Public canteen, the Computer section, the Record creation section, the Acquisition section, Planning, and Research section, ISBN Agency, Preservation & Conservation section, Lending Division Model Children Library and Accounts. The first floor provides for Online Public Access Catalogue,04 Reading Halls, Manuscript & Rare Books section, Establishment, Seminar Room, Class Room, Meeting Room offices. The 2nd floor is the top floor of the building which houses the general Stacks and 14 research rooms. All the floors are interconnected with the book elevators, lifts, and stairs. The auditorium of the National Library with a seating capacity of 400 persons has become a focal point for educational and cultural programs in Islamabad. 500 seats for readers and research scholars are available in the reading halls of the National Library. 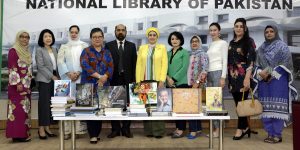 Since the National Library has been established after almost 46 years of independence special efforts are being made to build suitable collections to meet the reference and research needs of the country. Over the past few years, about 200,000 volumes have been acquired through purchases, gifts, exchanges, and legal deposits. 580 hand-written manuscripts and over 10,000 rare books in Urdu, Arabic, and Persian have been acquired through the purchase of private collections belongings to Late. Dr. M. Abdullah Chughtai, Late Ehsan Danish, Sheikh Muhammad Faazil of Sukkar, Syed Wajih-ud-Din of Faisalabad, Qazi Mahmud-ul-Haq of Lahore, Dr. Gohar Naushahi of Islamabad, and Mr. Sarfraz Khan of Rawalpindi. Dr. Sabiha Hafeez, Ministry of Women Development has donated to the National Library 1806volumes from the personal collection of her late father Hafeez Hosiapure. In addition to these valuable collections about 3000 microfiches items containing reports of all India Censuses for 1911, 1921, 1931, and 1941 have been added to the collection. 90,000 books have been acquired through purchase and gift. National Library has received 55836 books being the National Depository of literary heritage (by Ashley at tf). The number of bound volumes of newspapers and periodicals is about 40,000. National Library also serves as the official depository of some international organizations like Asian Development Bank, International Labor Organization and UNESCO, etc 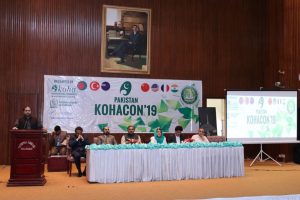 The Library serves as a national depository under the provisions of copyright ordinance 1962. It is mandatory for every publisher to deliver the best copy of his publication at his own expense to the National |Library of Pakistan within thirty days from the date of its publication under the copyright ordinance 1962 and copyright (amendment) act 1992. The main objective of the depository collection is to preserve all the published materials produced in the country in order to make it available for the use of present as well as future generations. It is intended to be the principal and the largest treasure house of the country-recorded knowledge. Its located near to the Prime Minister office the most beautiful area of the capital of Pakistan. Hotels and Shopping centers, Hospitals, Clubs, Mountains, and other cultural centers are within 5 to 10 KM from the venue.